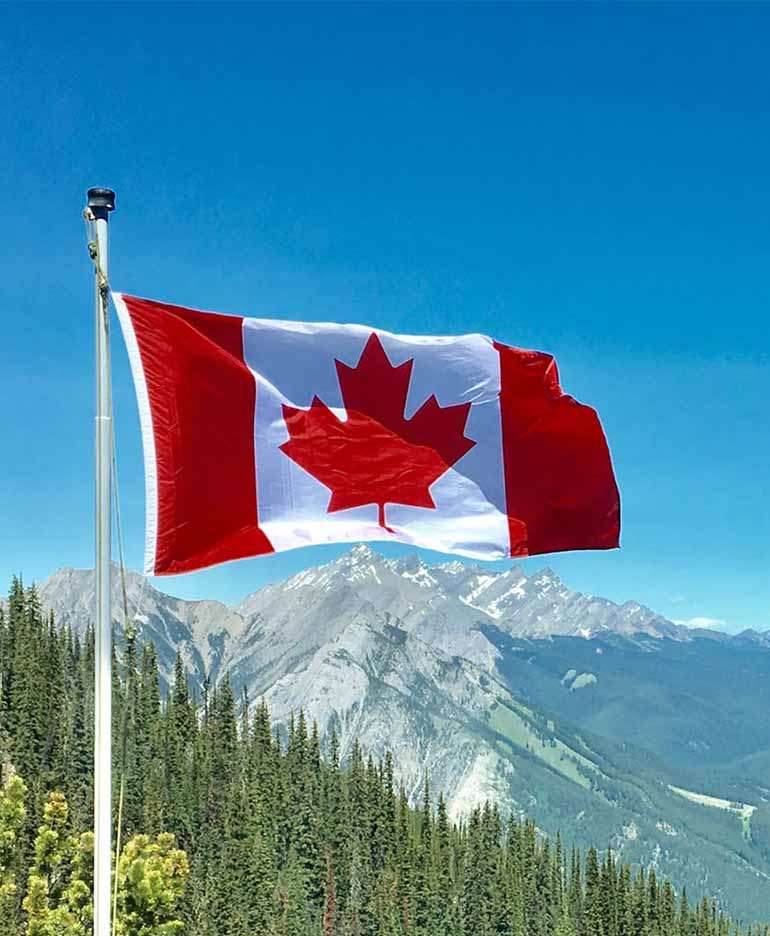 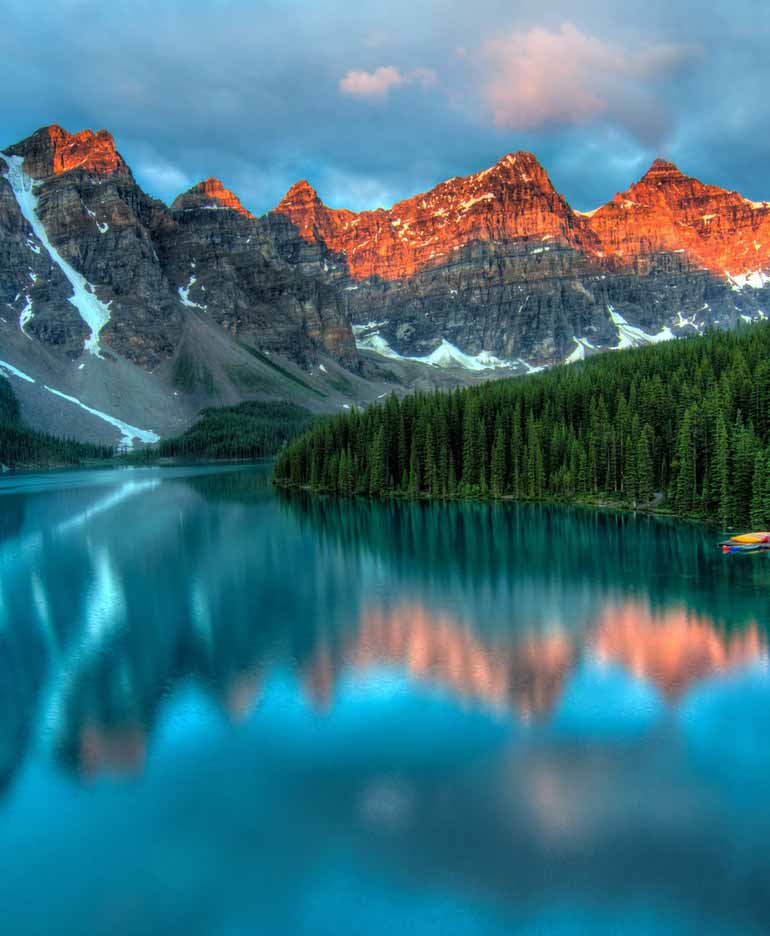 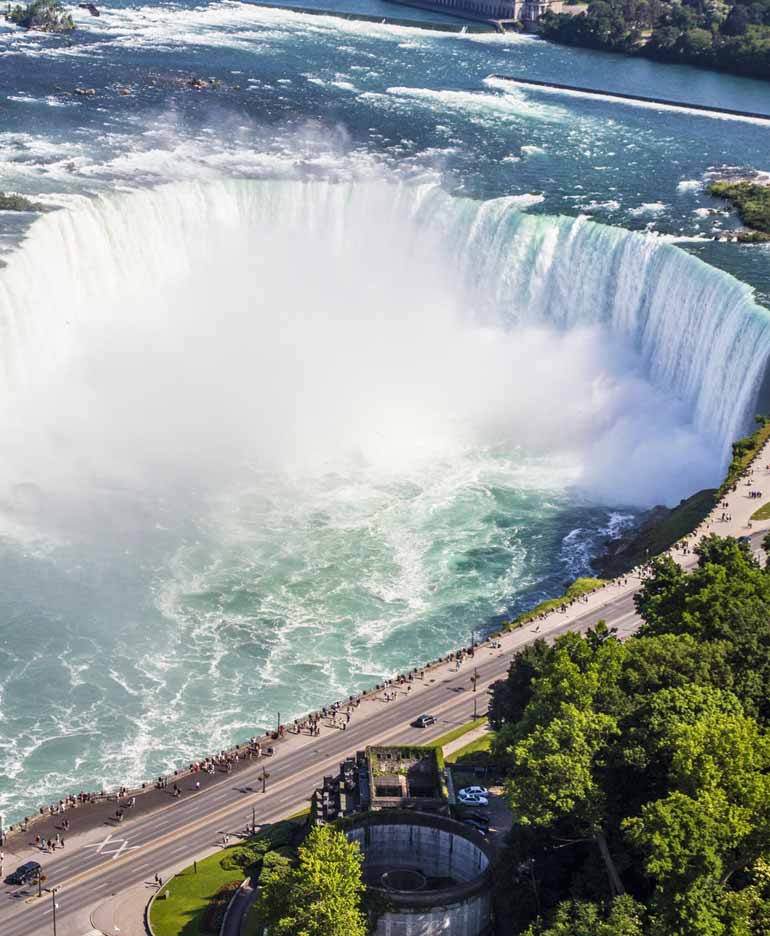 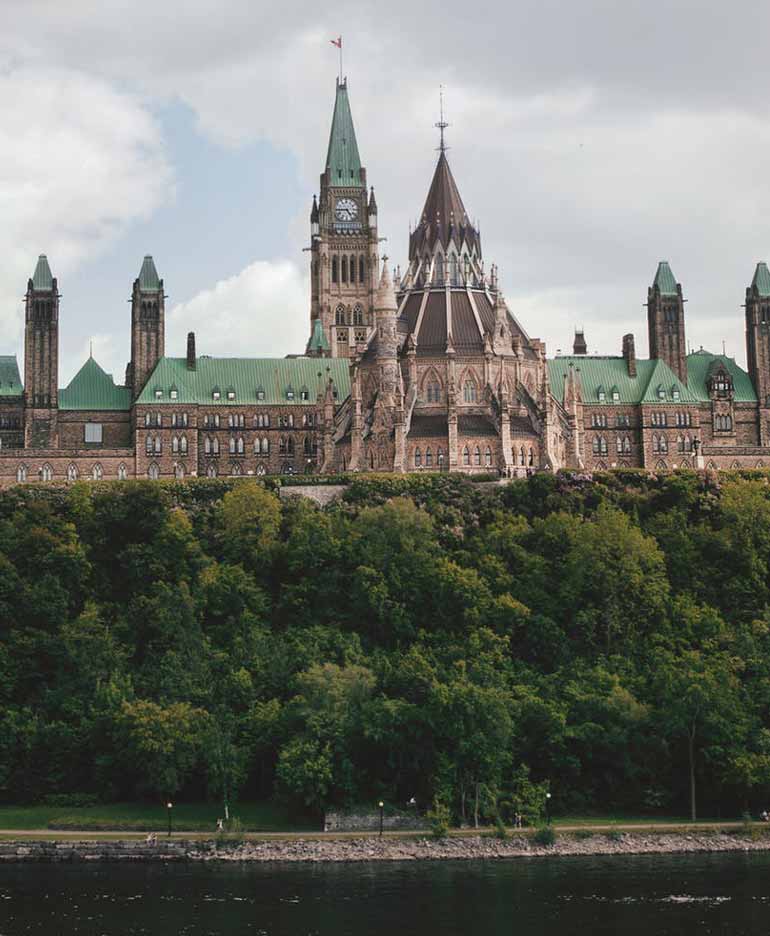 Canada is the most northerly country of the Americas and the second largest country in the world. It borders the Atlantic Ocean to the east, the Pacific Ocean on the west, the Arctic Ocean to the north and the United States of America (USA) on the South.

Canada is a mosaic of regions from the rugged mountains of the West, to the farm communities of the prairies, to the industrial and political powerhouse of Ontario, to the modern French culture of Québec, to the quaint fishing communities of the east coast, and everything in between. The beauty and diversity of Canada are proud icons of what Canada has become.

Canada has ten provinces and three territories. More than half of its population lives near the Great Lakes or along the St. Lawrence River. Despite a few warm winters, most of them are very snowy and wind-chilled, while summers are humid and longer than anywhere else in Canada. There's enough rainfall to sufficiently sustain the region's sizable farm industry.

Canada has both a public and private education system. From kindergarten through to university, the Canadian government subsidizes a great portion of the financial burden of education.

Canada has one of the highest educational standards when compared to other industrialized nations. Secondary studies go up to Grades 12, after which, students may choose to attend university, college, or Cegep (in Quebec).

Canada has many internationally recognized university programs located in both urban and rural regions throughout the nation. Degrees awarded from Canadian universities are recognized as equivalent to those from American and other Commonwealth universities. The university year usually runs from September to May. International students may choose to study in either one of Canada's two official languages. Some universities and colleges even offer instruction in both. However, students need not be fluent in both languages to attend school in Canada. TRESOR plays a critical role in the pursuit for academia achievements for hundreds of students here.